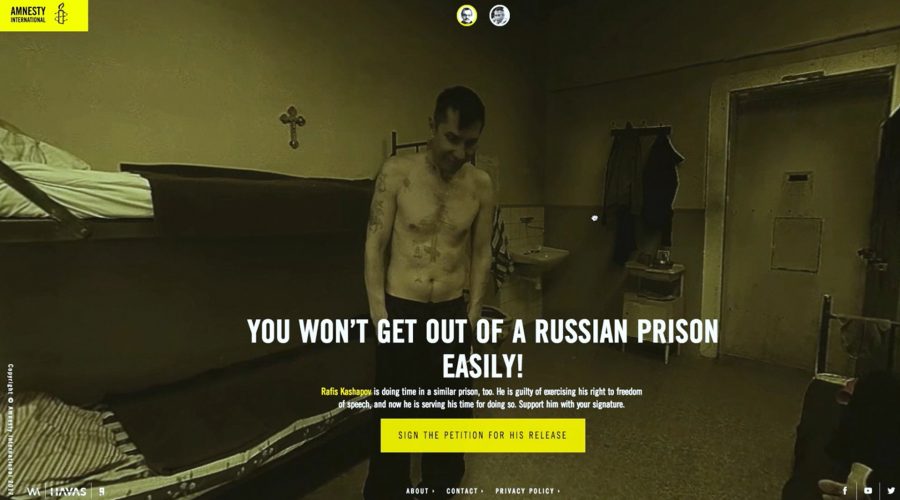 “A 360° interactive experience “directly” from a Russian prison.

North Korea, terrorist attacks, the refugee crisis… Who is able to think about the difficult life of prisoners in Russia when we are overloaded with so much other negative news? Despite this, we set a bold objective with Amnesty International, who have been monitoring the situation over the long term—to achieve the release of Russian political prisoners.

This one interactive experience was worth a thousand words. We managed to awaken interest in the media with people sharing the video. Most importantly, they did not hesitate to sign the petition. With 11,000 signatures, Amnesty International placed pressure on the Russian government and actually secured the release of one prisoner.” Havas worldwide Prague

“You’re sitting in a Russian prison cell and as you examine your surroundings, you notice a threatening man on an opposite bed from yours; who sends cold shivers flying up your spine. Being a newbie, he’ll introduce you to how things go and what awaits you. Do you think its nightmare? No. It’s a 360° video, which is the core of Amnesty International’s new campaign, created by Havas.” Amnesty International CZ

All projects Prev project Next project