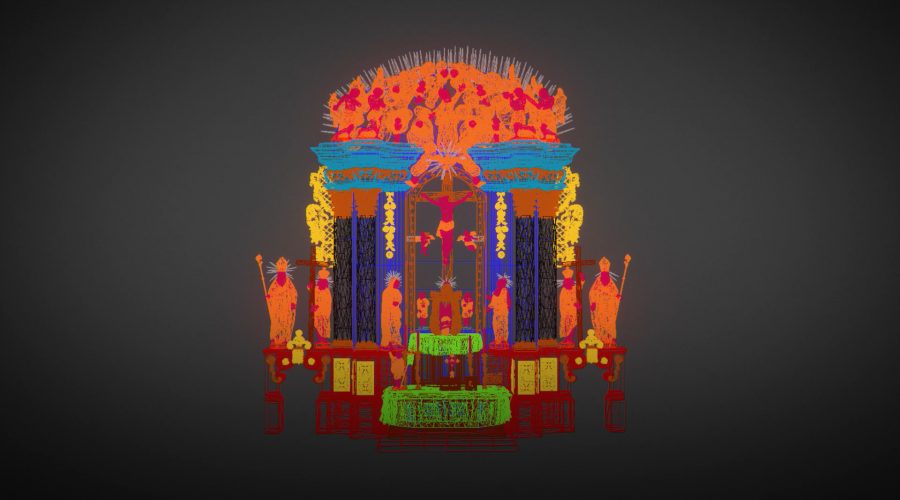 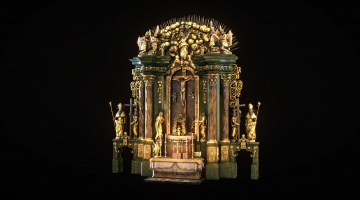 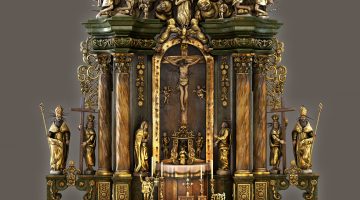 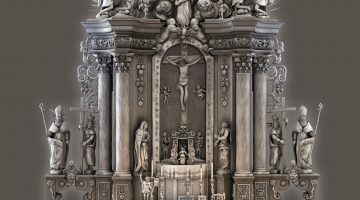 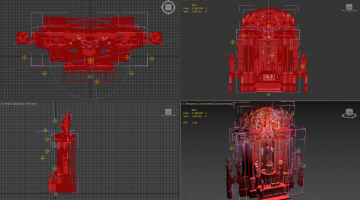 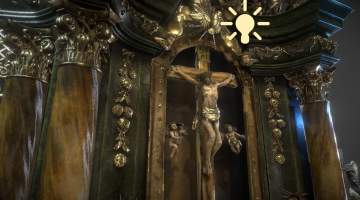 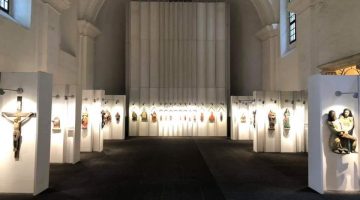 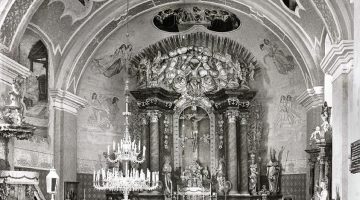 Visualization of the non-exist Altar for the AR app – Orava Gallery – Slanica Island of Art – Orava Dam, Námestovo, Slovakia. Thanks To Jakub Ptačin to be part of this great project. We just have one old black and white photo to start from scratch. It was a hell of a work, cause we don´t see any other angles, or colours for inspiration, but we made it!

The visualization is displayed on the screen after scanning the QR code. The visitor has the opportunity to look at the original altar in augmented reality.

” The Baroque church and Calvary once dominated the village of Slanica. After disappearing under the surface of the artificially created Orava Dam, along with four other villages of Slanica, the hill was preserved as an island. Today you can get here by boat cruise. In the interior of the church is installed an exhibition called Slovak traditional folk sculpture and painting, while the exterior is an exhibition of Orava stonework 18th and 19th century. ” naoravedobre.sk

Special Thanks to Mr. Pindiak, who preserved the archives and materials about this place!

All projects Prev project Next project